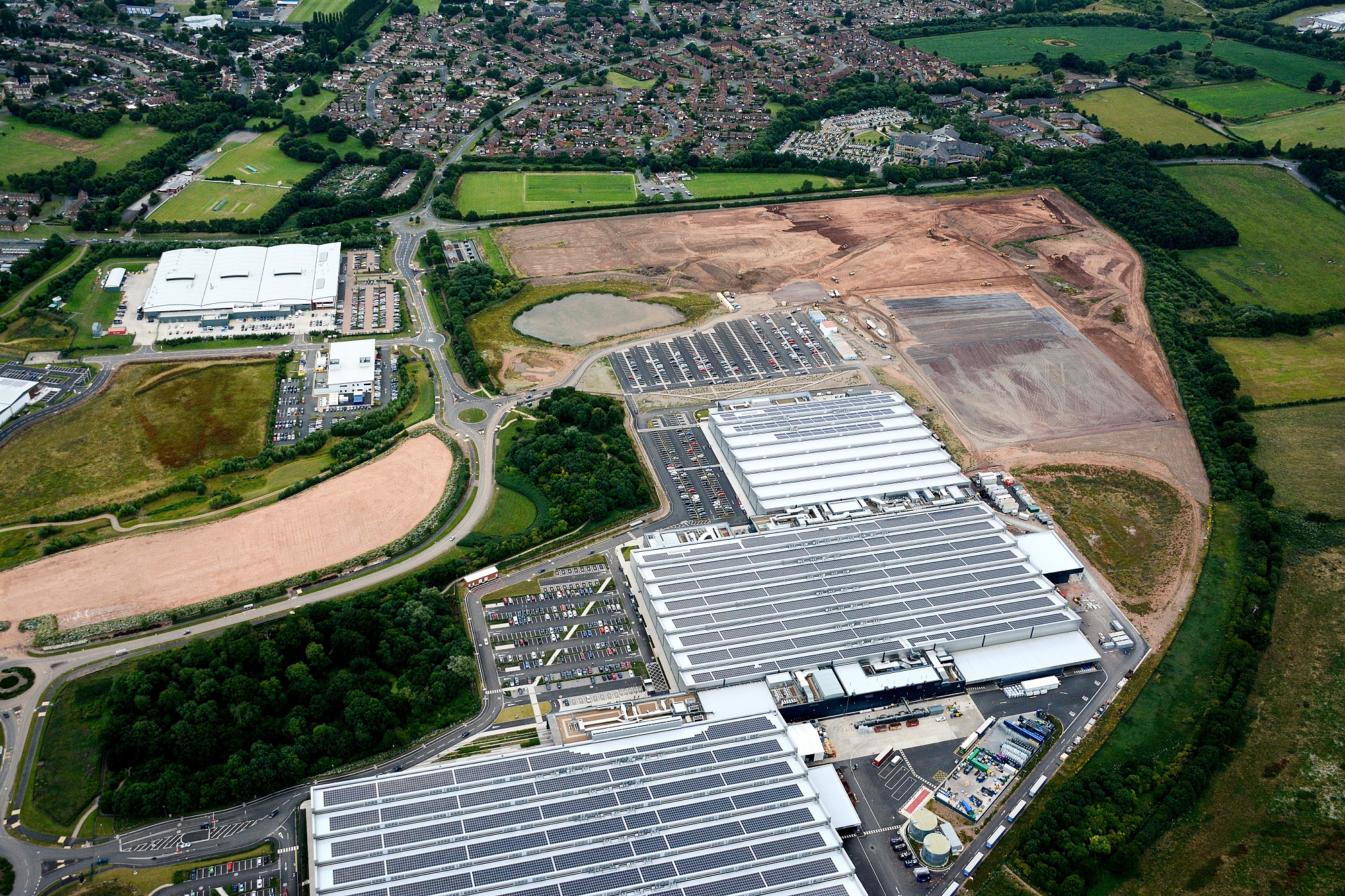 O’Brien Contractors were engaged by Jaguar Land Rover on a JCT Design and Build 2011 with special conditions Contract and acted as principal contractor/designer on an advanced enabling works project, which would subsequently facilitate the construction of a new Engine plant at Wolverhampton.

The works included the removal of 70,600m3 of contaminated soil and topsoil off site to suitable landfill, with a detailed validation report being compiled by an independent professional body to substantiate the process. Close liaison with the local authority and JLR were involved at the same time ensuring the operations, involving up to 260 wagon loads per day, over a 6 week period had minimal impact on the existing Jaguar Land Rover plant and the surrounding roads.

A 147,000 m3 “Cut to Fill” operation was undertaken profiling the site to the levels required for future construction, with existing stockpiles already on site being processed to allow incorporation into the works.  These had to be managed according to differing types and quality of materials, as well as being classified and used in the correct situation. Laid under a strict compaction and testing specification regime with the fill materials being placed in 250mm layers up to a depth of 4 metres. A full verification file of the works and operations were made available and approved by the clients structural Engineer.

On completion of the filling operations, the top surface was cement stabilised to a minimum of 15% and a max of 30% depending on location with levels being set to shed water into drainage channels formed in the top surface.

A type 1 stone protection layer was laid to the top of the stabilised surface to complete the works, which involved the import of 35,000 tonnes of quarried stone.

Also part of the works was the installation of some of the future storm and foul water drainage outfall system, being constructed in some locations through rock, this section included a 4,500m3 capacity storm attenuation tank.

Several challenges were encountered during the course of the project, including: archaeology, planning restrictions and ecological. The issues needed to be managed to differing types and quality of materials, as well as being classified and used in the correct situation.

Furthermore, the works were completed to a very tight timescale and in areas where the adjacent buildings were very sensitive to noise, vibration and dust. Sectional completion and final handovers were achieved on time and within budget despite weather conditions deteriorating.

If you are planning a project and looking for an experienced groundworks and civil engineering specialist, click here to fill in your details and we’ll get in touch to chat about your requirements. Or you can just call the team now on 01926 319 724 or email us at info@obriencontractors.co.uk.