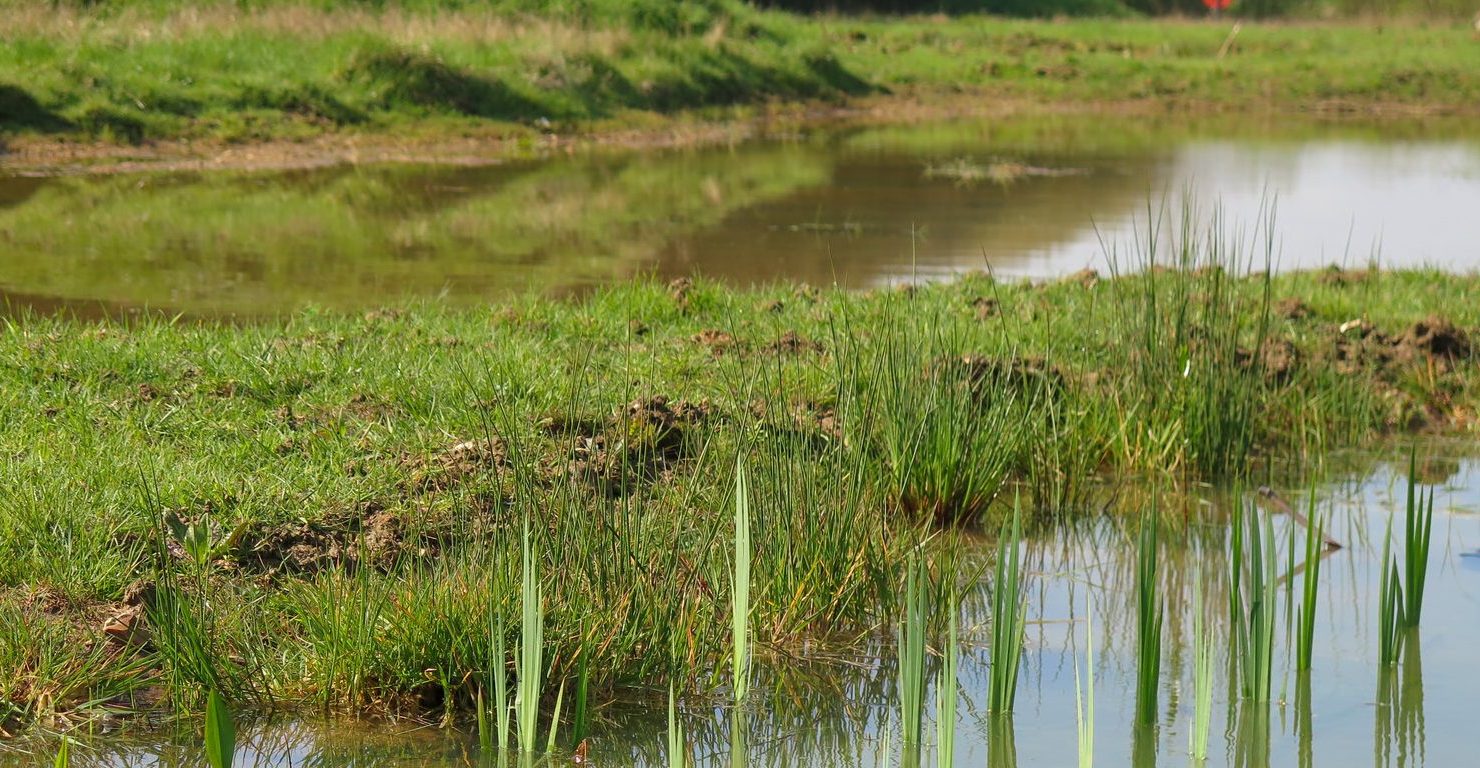 O’Brien were contracted by a British automotive company to help provide an ecological enhancement area to the multi-million pound re-development of their main Engineering Centre in Gaydon, Warwickshire.

O’Brien Contractors were engaged on a JCT Design and Build 2011 Contract with amendments to act as principal contractor/designer on the delivery of a 15.2 hectare green belt sanctuary.

The ecological enhancement project was developed in arable farm land that Jaguar Land Rover owned beside their Engineering Centre at Gaydon, and was to provide an environmental area close to the adjacent village, with the purpose of creating a green screen between the two areas.

The area was archaeologically sensitive and all works were undertaken under the watching brief of Warwickshire Archaeology. New attenuation ponds, ditches and connecting drainage were installed to alleviate the flooding problems experienced within the village.

The area was planted with numerous differing species of plants to accommodate the various strains of wildlife which could eventually populate the reserve.

Earthwork mounds were installed to the required profile using 80,000m3 of spoil generated from the various donor sites, which were part of JLR’s major redevelopment and construction programme at their Gaydon facility. This 25,000m3 cut and 100,000 fill remodelling of the existing site created suitable habitat for Butterflies and other invertebrates. Newt ponds and the planting was completed in low-nutrient soil to discourage the re-establishment of crops that had been farmed there for many years previously.

The site was highly sensitive to the local community and a good line of communication was established with the Parish Council to keep all of the interested parties informed of progress as it continued on site.

If you are planning a project and looking for an experienced groundworks and civil engineering specialist, click here to fill in your details and we’ll get in touch to chat about your requirements. Or you can just call the team now on 01926 319 724 or email us at info@obriencontractors.co.uk.

The site was highly sensitive to the local community and a good line of communication was established with the Parish Council to keep all of the interested parties informed of progress on site.