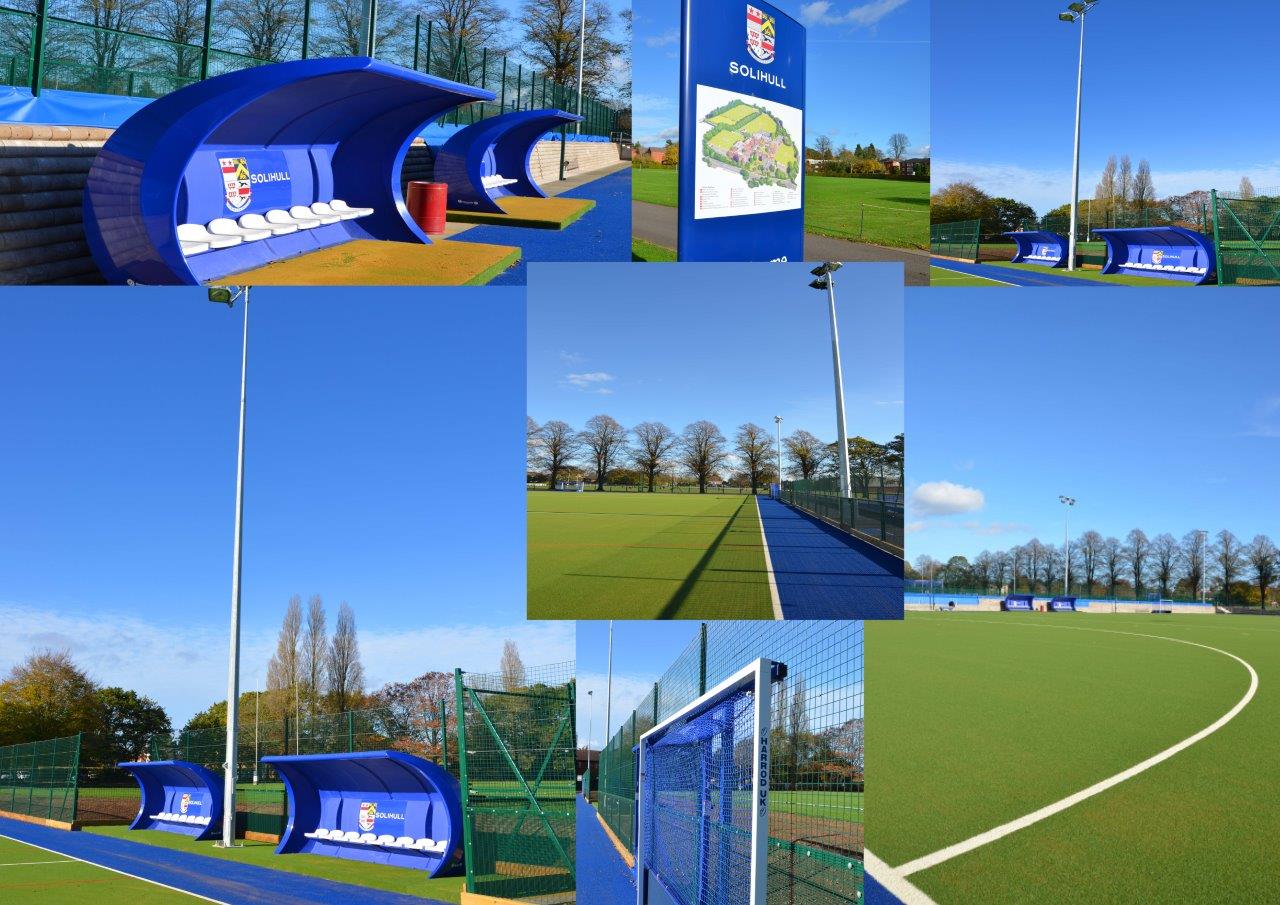 Solihull School is an independent, co-educational school for pupils between the ages of 7 and 18.

Founded in 1560, it is one of the oldest schools in England and it sits in the centre of the attractive town of Solihull.

We secured the design and build contract for the construction of a full size sand dressed synthetic grass hockey pitch, installed upon an in-situ rubber shock pad on an DOMO MDC Ultra engineered base.

In addition to this Solihull required a surface replacement of their existing pitch, which required the uplift and recycle of sand-filled synthetic grass surface with a duel density shockpad.

The reconstruction of 1500 m2 of root damaged sub base to be replaced with a new root barrier base. A new in-situ rubber shockpad was laid with a DOMO MDC Ultra hockey sand dressed grass surface with a blue surround to match existing school colours.

The project also included fencing and the replacement of existing floodlighting.

The new pitches were completed within the 15 week timeframe and are currently in use by Solihull School.  Following testing both pitches have received (FIH)International Hockey  Federation standards. 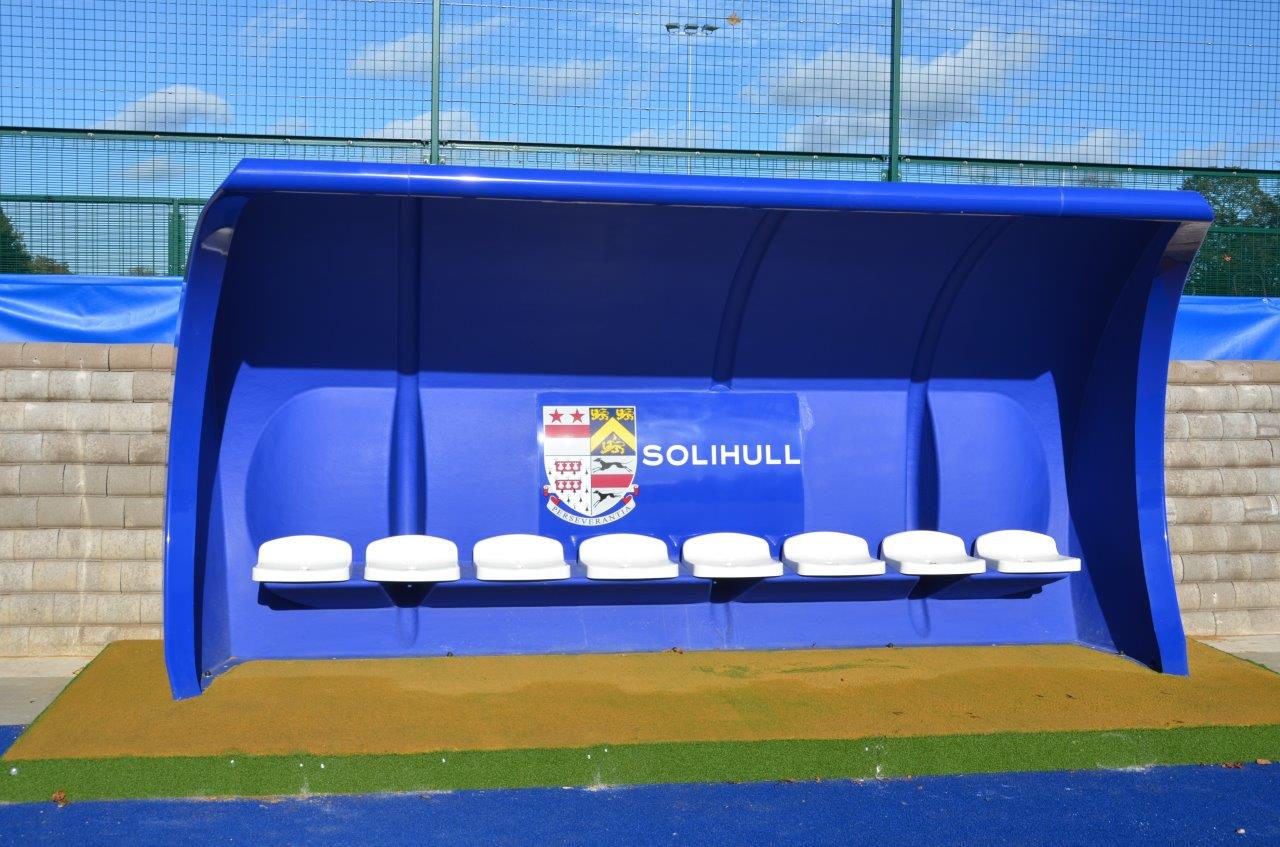 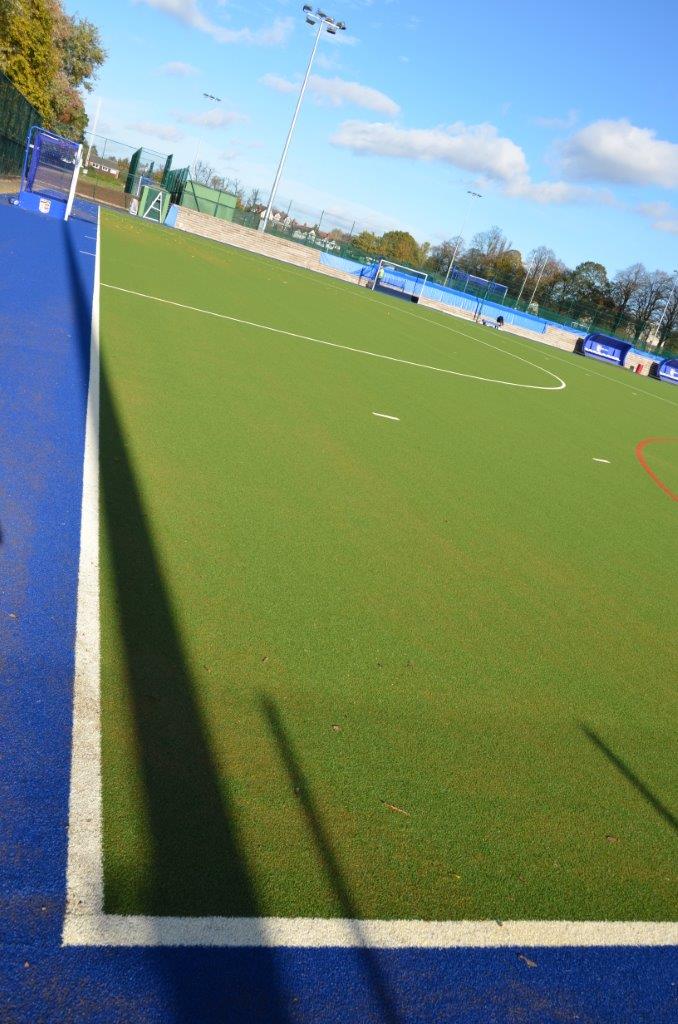 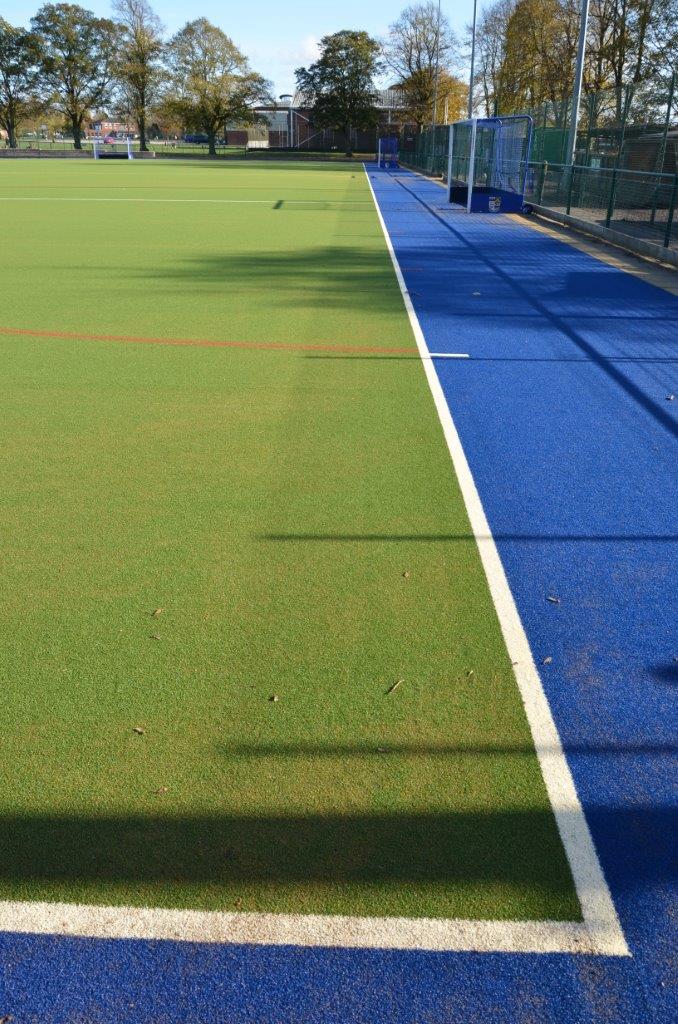 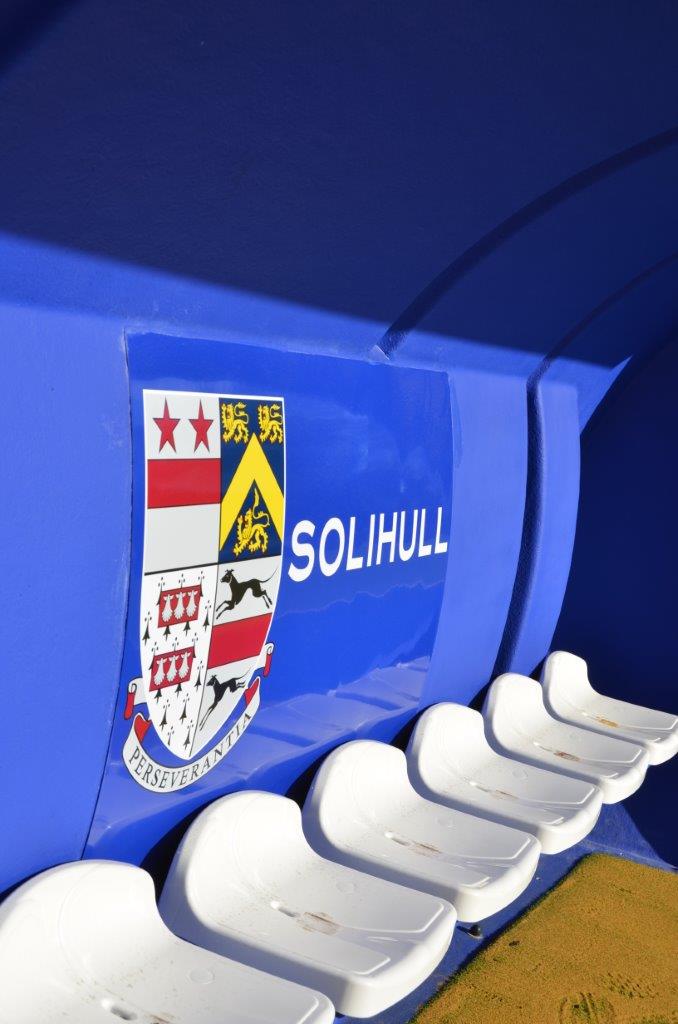 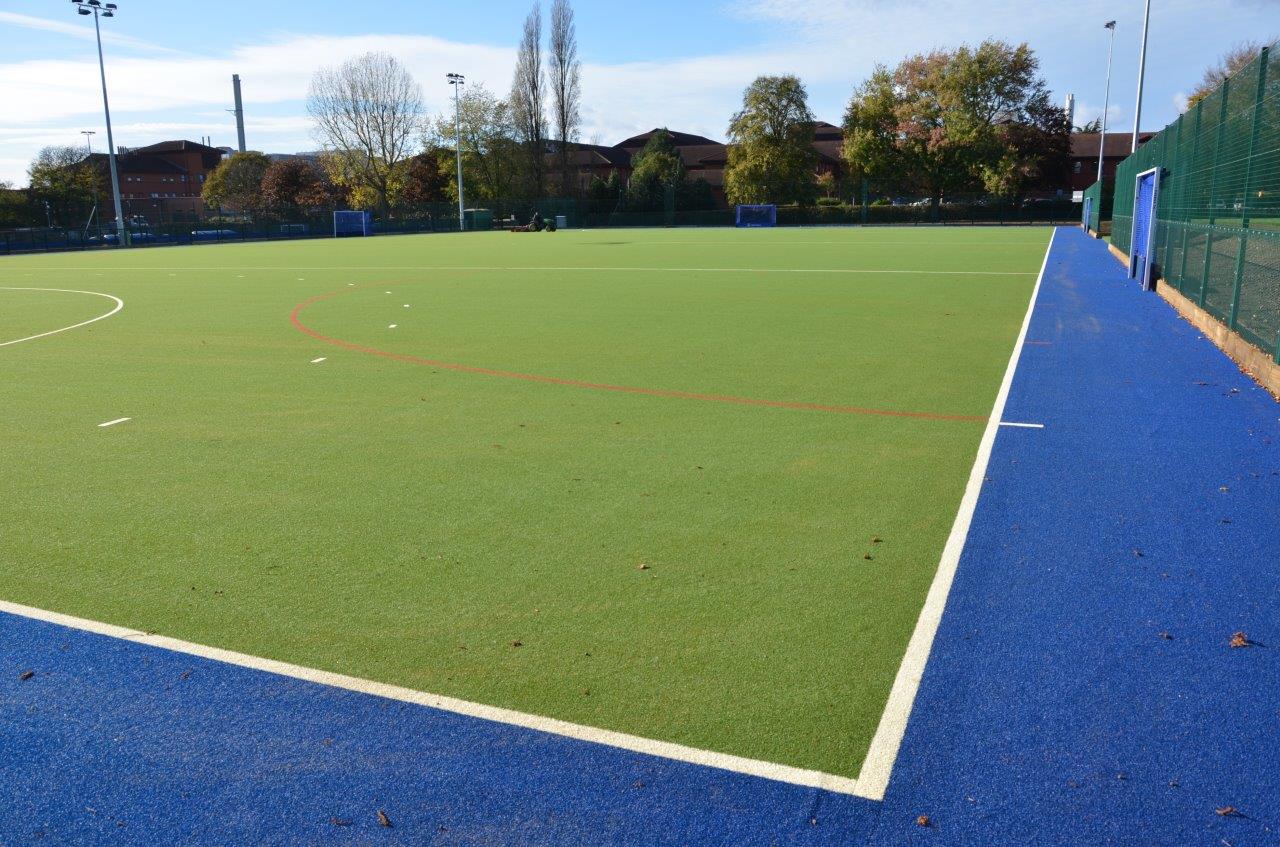 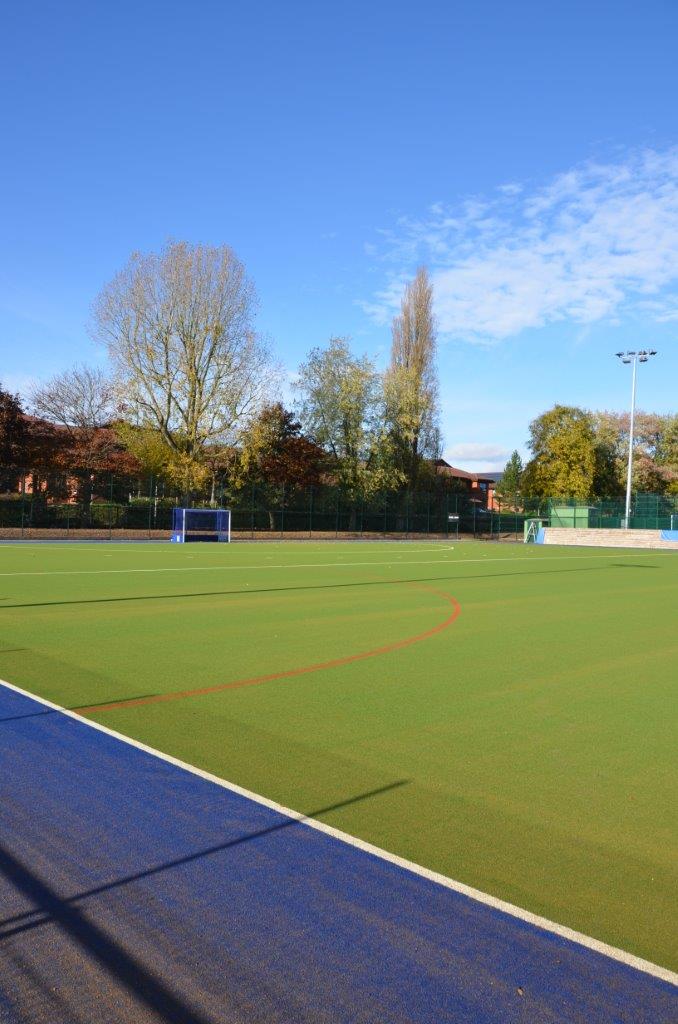